Under the dynamic stewardship of the visionary Mr Sanjay Ghodawat.....

Year 2016 is first years year of commercial operations for VT-ISG with its induction to AOP in Sep-2016, during span of 12 months helicopter has successfully flown for 650 Hrs. on various sectors of state of Uttarakhand, Uttar Pradesh, Maharashtra, Karnataka and Andhra Pradesh. VT-ISG has successfully done almost 300 Hrs. of Flying in Kedarnath Valley during Kedarnathji Yatra Season 2016 with movement of almost 5000 Pilgrims.

Ghodawat Enterprises Pvt Ltd is an arm of Sanjay Ghodawat Group in Aviation domain. Ghodawat Aviation is an Aviation Service Company specializing in Helicopter Charter on short term and long term lease basis. Ghodawat Aviation was established in 2013 with its Registered Office at Bangalore and Corporate & Head office...

Brand New Twin Engine H135 got inducted on AOP in Jan-2014 and has flown for almost 1100 Hrs. during span of 35 months. VT-GSD has provided and providing commercial services to various dignities in Indian National Politics during General 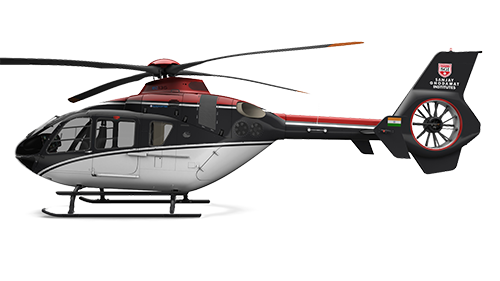 Lord Shiva manifested in the form of Jyotirlingam or the cosmic light. Kedarnath is highest among the 12 Jyotirlingas. This ancient and magnificent temple is located in the Rudra Himalaya range. This temple, over a thousand years old is built of massive stone slabs over a large rectangular platform. Ascending through the large gray steps leading to the holy sanctums we find inscriptions in Pali on the steps. The present temple was built by Adi Shankaracharya. The inner walls of the temple sanctum are adorned with figures of various deities and scenes from mythology. The origin of the revered temple can be found in the great epic - Mahabharata. According to legends, the Pandavas sought the blessings of lord Shiva to atone...
More..

Passengers who wish to return on the same day from Kedarnath Temple will be given a time of 1 Hr 30 ...

It is believed that the temple was built by Adi Sh nkaracharya and existed even during the time of Mahabharata. According to legend, it is said that